When “Don’t Ask, Don’t Tell,” the official U.S. policy on gays serving in the military, was repealed in September 2011, soldier Stephen Snyder-Hill (then Captain Hill) was serving in Iraq. Having endured years of this policy, which passively encouraged a culture of fear and secrecy for gay soldiers, Snyder-Hill submitted a video to a Republican primary debate held two days after the repeal. In the video he asked for the Republicans’ thoughts regarding the repeal and their plans, if any, to extend spousal benefits to legally married gay and lesbian soldiers. His video was booed by the audience on national television.

Soldier of Change captures not only the media frenzy that followed that moment, placing Snyder-Hill at the forefront of this modern civil rights movement, but also his twenty-year journey as a gay man in the army: from self-loathing to self-acceptance to the most important battle of his life–protecting the disenfranchised. Since that time, Snyder-Hill has traveled the country with his husband, giving interviews on major news networks and speaking at universities, community centers, and pride parades, a champion of LGBT equality. 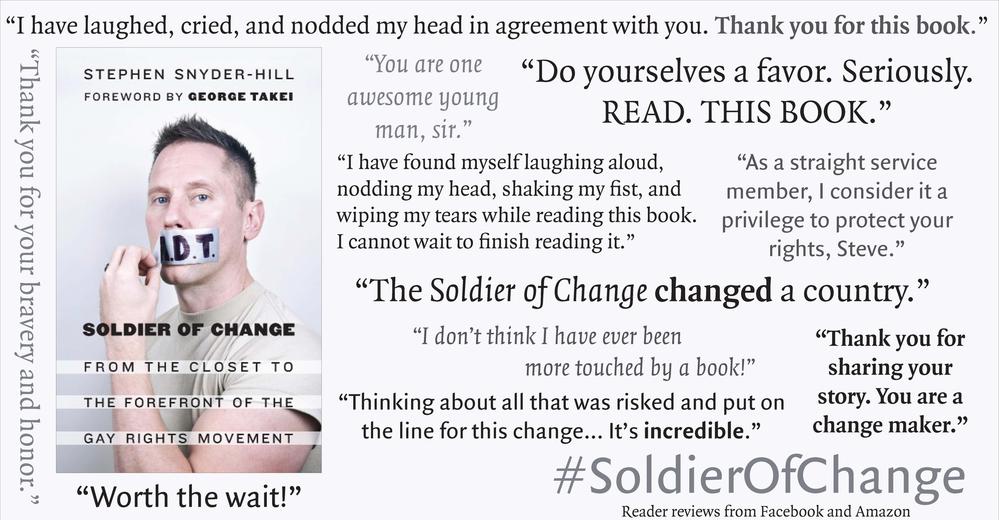 The reviews are in